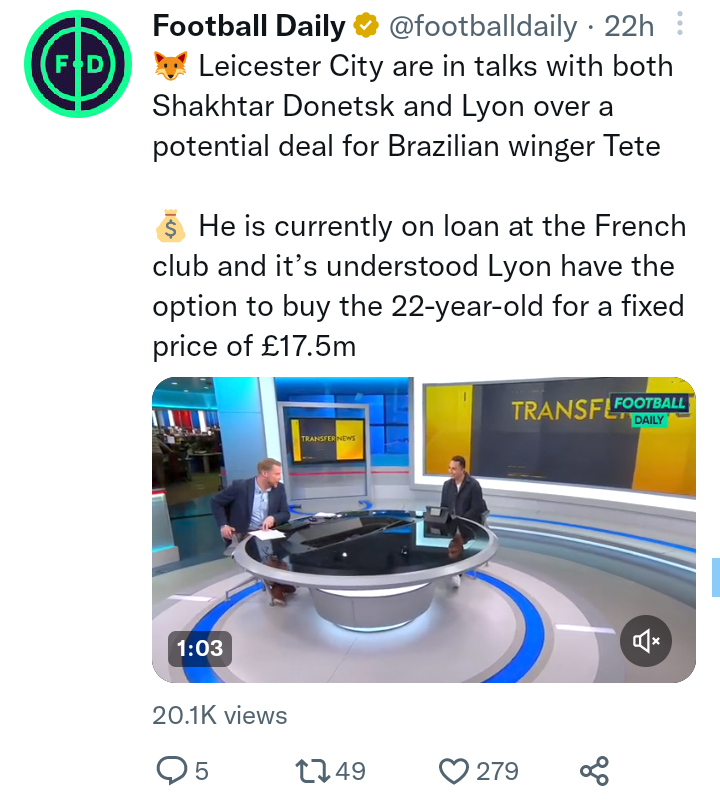 Leicester City have shifted their attention to Lyon winger Tete after missing out on Nicolas Gonzalez this month. The Foxes were blocked from making any further negotiations with Nicolas Gonzalez a few days ago despite the player already giving his word that he would not mind joining another club. Tete is now the ideal replacement and talks for him are moving quite fast.

“Leicester City are wasting no time in the transfer market this winter. They have opened talks with Brazilian winger Tete who has expressed intentions to leave Lyon this month for lack of game time. Since the player is currently tied with Shakhtar Donetsk, the Ukrainian club are overseeing the potential loan deal,” reported Fabrizio Romano.

Screenshot: Tete is reportedly in talks with Leicester City to complete a Loan move

Tete is open for a new challenge in the Premier League and is willing to do anything to play in the most revered league in Europe. Manchester United were among the few clubs that were hoping to sign him in the near future but it seems Leicester City have beaten them to the player. Ten Hag has a sweet tooth for players like Tete, as was seen when he went all out to sign Antony because he is a 1 v 1 kind of player.

Erik Ten Hag is still looking for attackers to sharpen his offense. (Image: Courtesy of Google)

Manchester United have to keep their eyes peeled in the market so as not miss targets like Tete. Many analysts before made a point of note that Tete would have been the perfect player to take on Antony for the right wing position. Antony should see this as a wake up call for Jadon Sancho who has been having a lot of fitness issues in recent weeks. 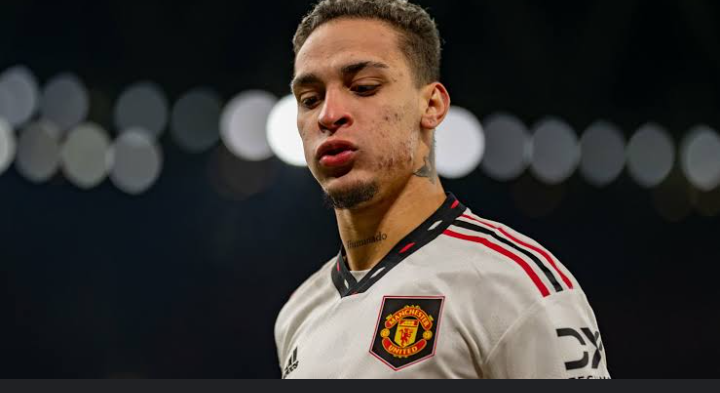 Antony has been a one trick pony in the right wing. (Image: Courtesy of Google)

Tete will definitely excel at Leicester City especially if he is deployed in James Madison’s position on the pitch. He has all the skillset to ensure that Leicester’s attack is more than just about Jaimie Vardy and Harvey Barnes. He could also do the same for Manchester United if they manage to hijack the player from Leicester grasp.

What are your views concerning this article?

Content created and supplied by: Kraimditectiv (via Opera
News )