Naja’atu Reacts To Tinubu’s Statement Of Being Sabotaged, Says She Has Been Vindicated 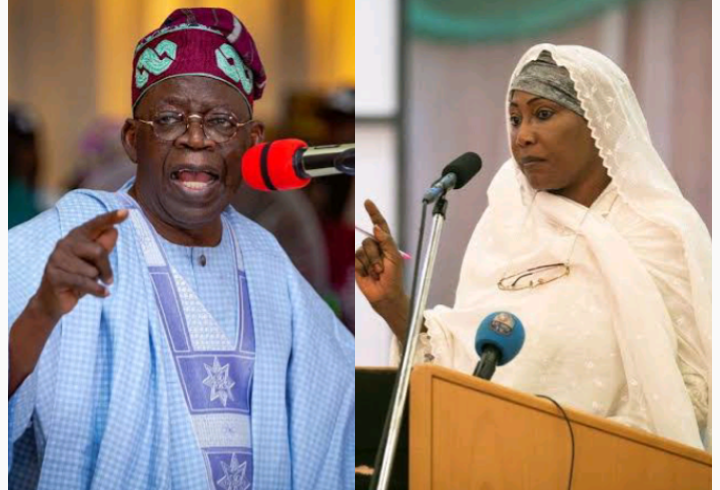 Former Director, Civil Society, APC Presidential Campaign Council, Naja’atu Bala Muhammed has reacted to the statement made by the presidential candidate of the All Progressives Congress, Bola Ahmed Tinubu during his rally in Abeokuta, Ogun State yesterday.

Recall that during his rally in Abeokuta yesterday, the presidential candidate of the All Progressives Congress, Bola Ahmed Tinubu condemned fuel scarcity, and shortage of Naira notes brought about by the redesignation of some old Naira notes. According to Tinubu, those are meant to halt his success of becoming President of Nigeria by negatively affecting his campaigns.

However, during her appearance on Arise News on Thursday morning, Naja’atu who has been criticising the presidential candidate of the All Progressives Congress, Bola Ahmed Tinubu, since she left the party, was asked if she feels vindicated by Bola Ahmed Tinubu’s statement yesterday.

Reacting to the question, she said she has been vindicated by Bola Ahmed Tinubu’s statement. She noted that Nigerians have been suffering for lack of fuel over a year, adding that more Nigerians are going to suffer over the short notice given regarding the new naira notes. Owing to this, Naja’atu said that Nigerians may be forced to engage in trade by barter.

Speaking further, she said that Bola Ahmed Tinubu didn’t say anything about how Nigerians will suffer due to the policy, but what he is after is the bullion vans that have been prepared for him. To buy votes.

In her words, “I want to stand on my ground that I left [APC] because Tinubu is incapable, and I have been vindicated yesterday. Everything about Tinubu is about himself.

Naja’atu speaking on Arise News on Thursday. Fast forward to 01:47:00

Content created and supplied by: Mr_Counselor (via Opera
News )