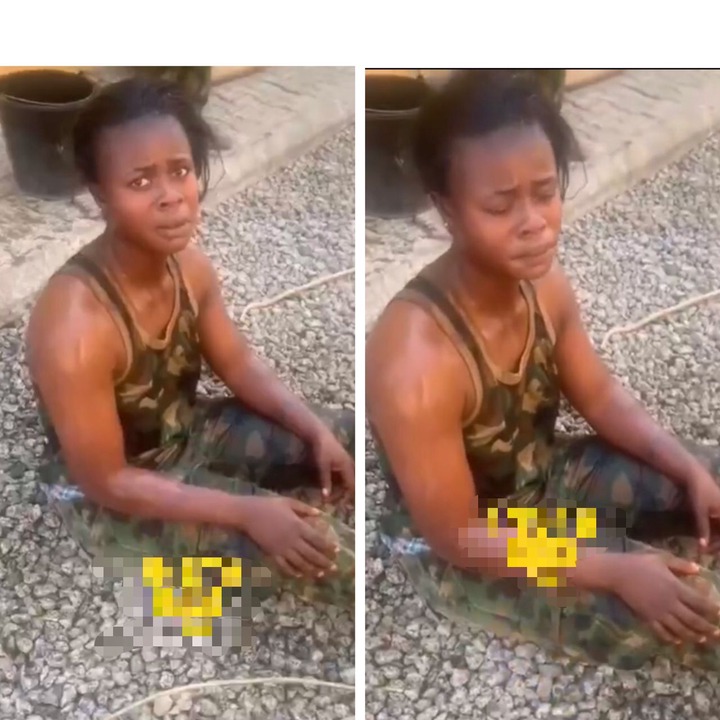 The video of a female army officer mercilessly flogging her junior colleague in Abuja has sparked several reactions from netizens. The video which is making the rounds shows the moment a female soldier was being held down by another soldier while she was being flogged with a stick by another female soldier.

According to reports, it was a second army lieutenant that was flogging her junior colleagues at the female corps in Abuja in the video. 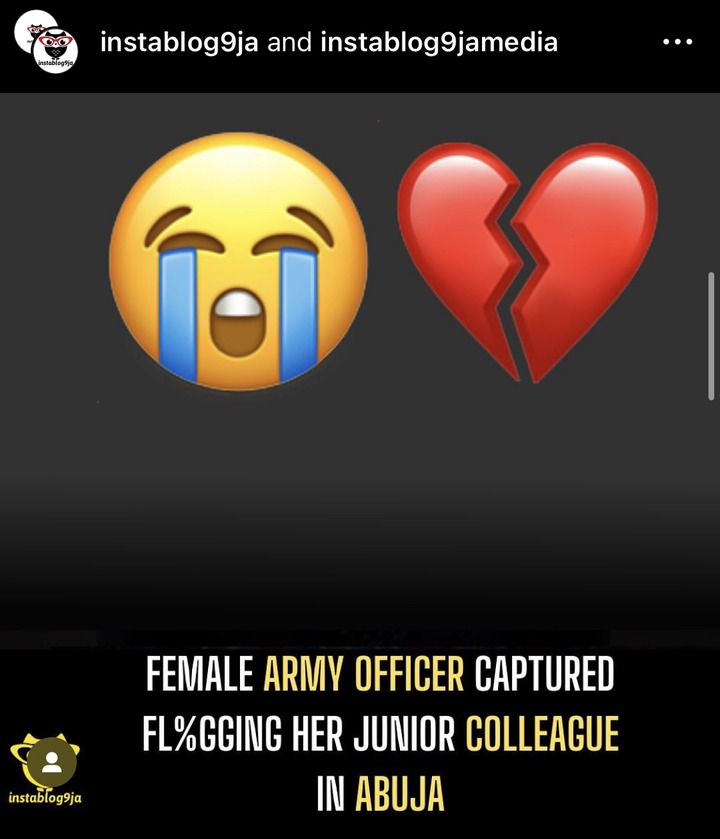 A sequel of the video shows the aftermath of the flogging. The lieutenant’s junior colleague can be seen sitting on the ground and later showing the several scars she had on her body as a result of the severe flogging.

Netizens have reacted to this as a lot of people believe the lieutenant might have gone too far on punishing her junior colleague. 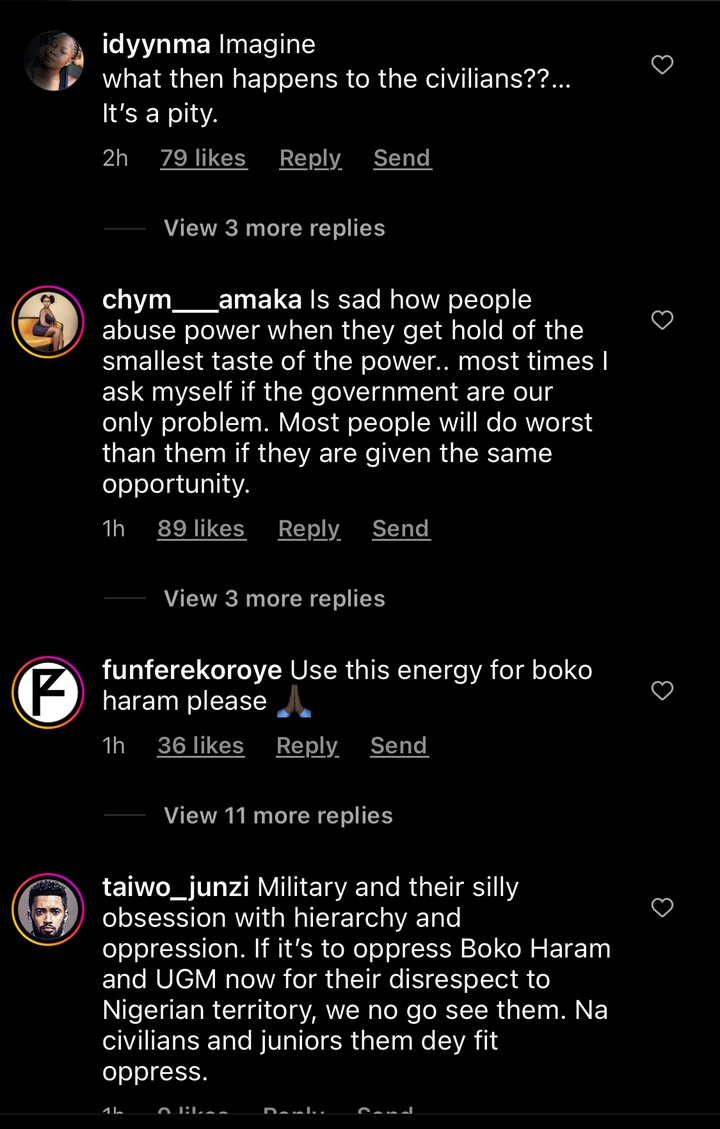 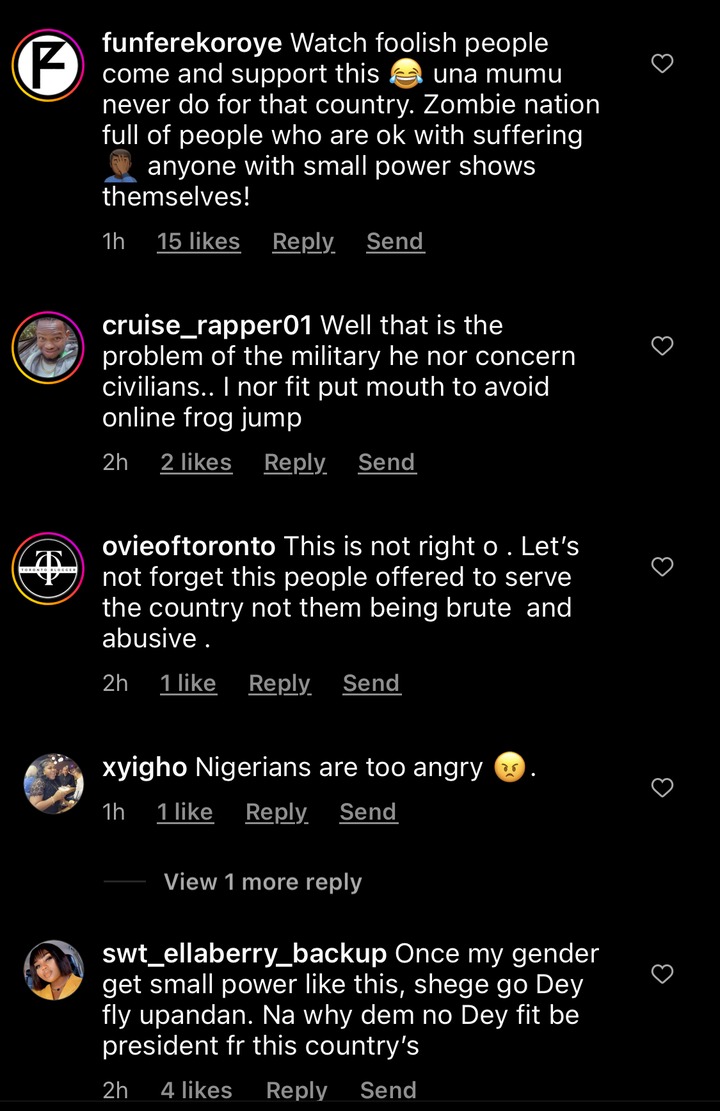 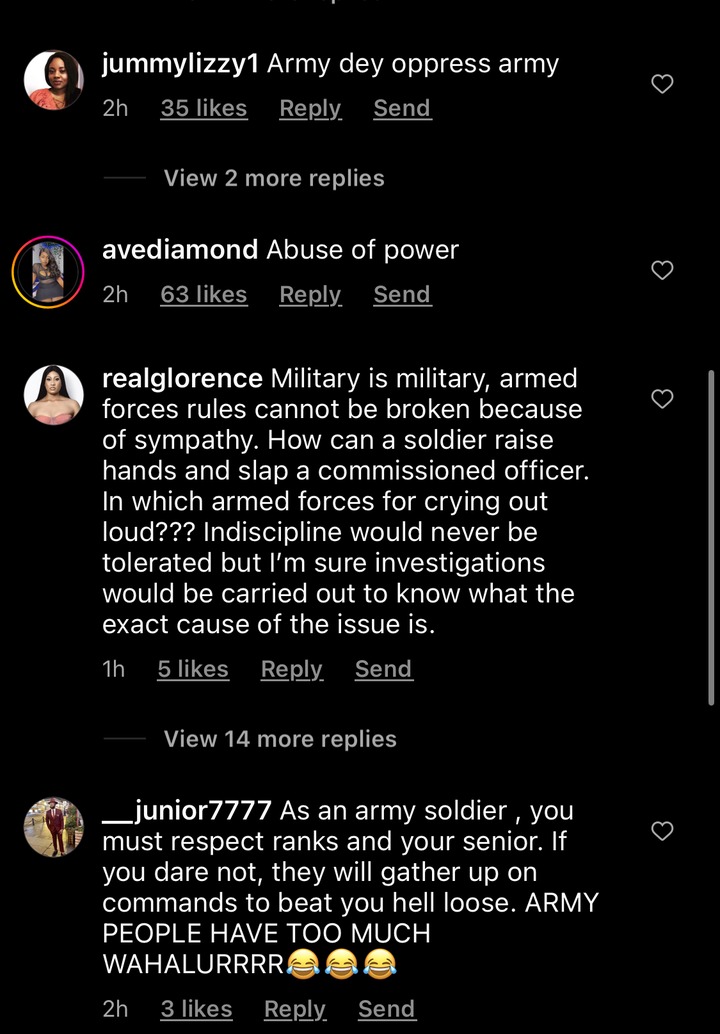