Video: The Moment Dino Melaye Falls on Stage at the PDP Presidential Rally to Mock Tinubu. 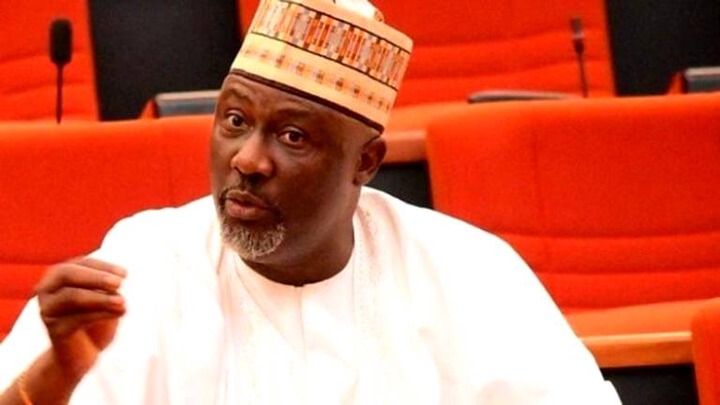 Senator Dino Melaye has got Nigerians talking as he mocked APC presidential candidate Bola Tinubu at the PDP rally in Delta state. In a video he shared on social media, the PDP presidential campaign spokesman was seen shaking and falling down to mock the APC flagbearer’s alleged ill health.

However, many Nigerians on social media warned the PDP chieftain, saying it was bitter politics taken too far. As the All Progressives Congress (APC) presidential flagbearer, Bola Tinubu, was being mocked during the Peoples Democratic Party (PDP) presidential rally in Delta state, Senator Dino Melaye caused a commotion on social media.

In a video Melaye posted on Twitter, the PDP presidential campaign spokesman was seen making fun of Tinubu while singing an insulting song about the alleged illness of the APC presidential candidate, written by some members of the National Association of Seadogs, also known as the Pyrates Confraternity.

Content created and supplied by: Horlablog (via Opera
News )