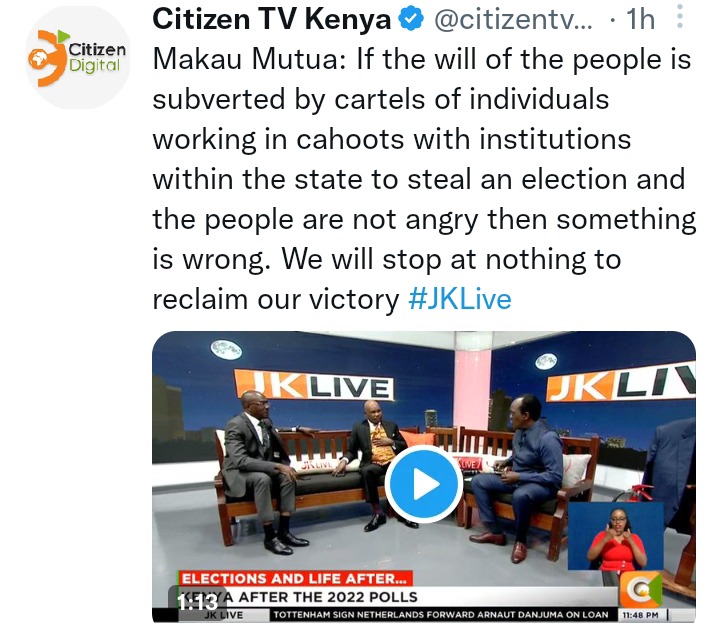 Speaking in an interview with Citizen TV, Professor Makau Mutua mentained that the allegations of Jubilee Party Secretary General Hon Jeremiah Kioni are true and they are going to make sure that they will reclaim their victory. He said that they will stop at nothing until the reclaim their so much sorted victory.

Makau Mutua was amongst the top Azimio la Umoja leaders that were present at Kamukunji grounds rally where Raila Odinga maintained that they don’t recorginise president William Ruto and his UDA government. They said that they will use all means to ensure that they will get justice.

However, President William Ruto asked them to at least change some tactics to avoid being very obvious. He alleged that they want a handshake so that they can be be in his government but he said that they should forget. He mentained that it has been their norm and it’s in public domain.

On the other hand, professor Makau Mutua has different fashion where he believes that Dr Wafula Chebukati who was the IEBC Chair colluded with some people to deny Raila Odinga victory but they are going to get it back.

Content created and supplied by: LeeCarl (via Opera
News )