Why Arsenal Supporters Should Be Excited This Season 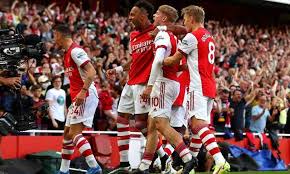 English Premier League side Arsenal have proved many wrong this season due to their wonderful display since the beginning of the 2922-2023 Premier league season.

The Gunners have been embracing match after the other as par this season statistics. For the first time in more than 15 years ,Mikel Arteta’s side are seen to be more focused .

Since 2004,where they won Premier League unbeaten under manager Arsene Wenger ,Arsenal have been unlucky team when it comes for Premier league leadership.

The London side ,have proved many wrong as they continue to impress. A 3-2 win against the in form Manchester United last weekend isn’t a joke.Coming behind and scoring stunning goals not a joke.Pinning Manchester United at their own half is something that Arsenal supporters should be smiling at.

The Gunners have shown the world that they still exist.They have only lost one premier League match since the 2022-2023 commenced .They are at position one with 50 points .Having a game in hand ,Arteta’s side are five points ahead of the second place Manchester City.This is a superb display for them. 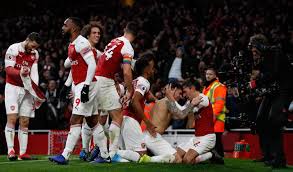 Arsenal has dangerous strikers such as Nketiah,Martinelli,Bukayo Saka,Gabriel Jesus among others .The strikers have ensured club’s good form is upto the next level.

The London side have kept two clean sheets from their last three Premier League games something that gives them credit.Apart from controlling and scoring goals ,the Gunners are good in defending and they have good goalkeeper Aaron Ramsdale who is the second best currently in the Premier league .

Having all of these sensational players Arsenal have what it takes to be the Premier League Champions for 2022-2023 . 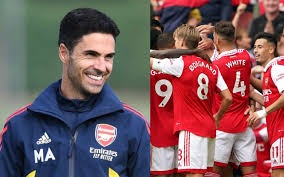 Popping on the above results ,the club suppers should be happy this season as they might be the champions for Premier league if they maintain the same momentum and they will be in Champions League come next season.

What’s your take on this?

Content created and supplied by: Muyela01 (via Opera
News )